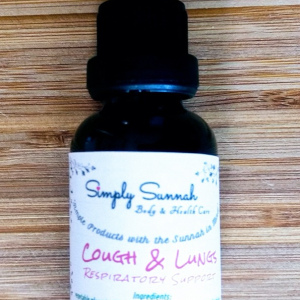 Coughs can be acute, subacute or chronic. They are loosely defined by its duration. Acute coughs generally last no more than 3 weeks. A subacute cough lasts 3 to 8 eight weeks. A chronic cough lasts for more than 8 weeks. There are 3 basic types of coughs. A dry cough, a wet cough and paroxysmal cough. The dry cough is defined by its raspy sound and lack of expectorant. A wet cough is a productive cough, meaning that it expels mucus or phlegm through the airways. Paroxysmal cough is an persistent cough that is violent and uncontrollable. It can be caused by anything from asthma to choking to COPD.

red clover - an anti-spasmodic, expectorant, and mild sedative with a special affinity for the lungs, throat and salivary glands. This makes red clover a very good choice for the dry hacking coughs of croup or whooping cough.

mullein - is a powerful anti-spasmodic herb which is traditionally used for lung and bronchial ailments such as coughs, asthma, congestion, and colds. Additionally, it is thought that mullein has anti-inflammatory and anti-viral properties.

lemon grass - has antibacterial and anti-fungal properties that help you cope with cold, cough and flu. Plus, it is loaded with Vitamin C that strengthens your immunity.

rose hips - are best known for their high vitamin C content, which make them perfect for boosting immunity before winter and helping us get through the cold and flu season.

fennel - packed with a range of anti-inflammatory volatile oils and antioxidants that can help keep risk of cold, cough and flu at bay.

elecampane - is a demulcent soothing herb that has been used to treat coughs associated with bronchitis, asthma , and whooping cough.

marshmellow root - The high mucilaginous content of marshmallow root may make it a useful remedy for treating coughs and colds. A small study from 2005 found that an herbal cough syrup containing marshmallow root was effective in relieving coughs due to colds, bronchitis, or respiratory tract diseases with formation of mucus.

licorice root - is commonly used in alternative medicine to treat colds and sore throats. However, licorice does not only act upon the respiratory system. It can also be soothing to the gut and work as an effective liver cleanser and blood detoxifier when combined with other herbs.

thyme - Its leaves contain essential oils that may help ease a cough. Packed with vitamin C and A and minerals, Thyme may boost your immune system and help fight the cold

black cumin seed - has over 500 beneficial health effects on the human body and is one of the best natural remedies for adverse respiratory system complaints.

lobelia - has a long history of use as an herbal remedy for respiratory conditions such as asthma, bronchitis, pneumonia, and cough. Historically, Native Americans smoked lobelia as a treatment for asthma. Lobelia is sometimes suggested to help clear mucus from the respiratory tract, including the throat, lungs, and bronchial tubes.

black cohosh - has commonly been used to treat symptoms of menopause, PMS, painful menstruation, and for starting labor in pregnant women but has also been tried for a lot of additional uses, such as anxiety, fever, sore throat, and cough.

anise seed - has potential effect on coughs and colds, as it may relax airways. Anise is also linked to functioning as an expectorant, thinning the mucus clogging your respiratory system during a cold and making coughs more productive.

Adults use 1ml one - three times  a day when needed with a small cup of water to help assist with respiratory  conditions.

Children - use one drop per every five pounds of weight one-three times a day as needed.